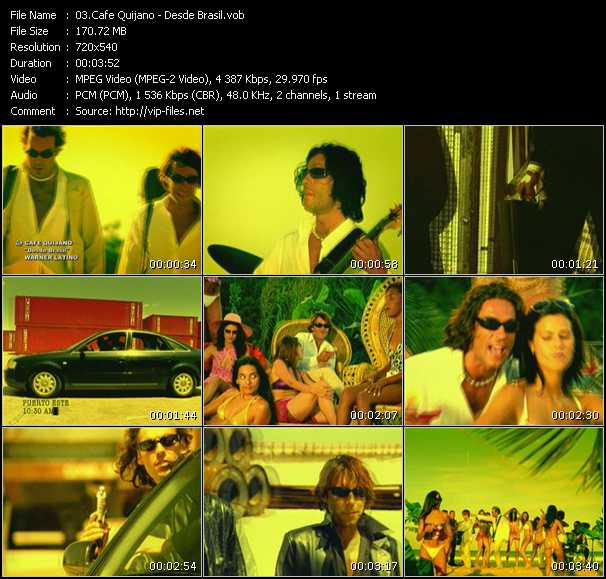 Other Latin-Music Videos of Cafe Quijano

Proceeds from the shocking way to see the music of the brothers Raúl, Óscar and Manuel, Café Quijano was a strange Trojan horse in the middle of a radio and sales circuit musically oriented to European pop that existed in the late 90's. The derailing of a train was such a mess curious: the particular sound they developed on their records between 1997 and 2004 resulted in direct sales of 2 million records at that stage, being honored with awards such as the Ondas and the Grammy.