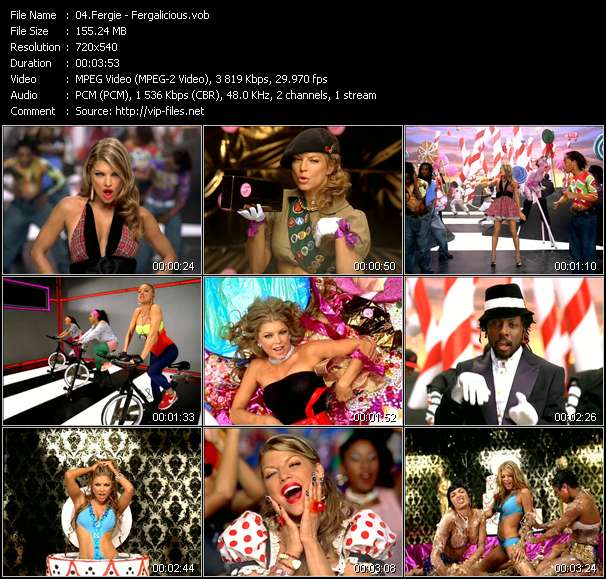 Other Latin-Music Videos of Fergie

Before being known as Stacy Ferguson, member of Wild Orchid (1997-2001), she had been the voice of Sally in The Charlie Brown and Snoopy Show and appeared in the TV show Kids Incorporated alongside with Jennifer Love Hewitt from 1984 to 1989. In 2002, as she was doing backup she met Will I Am who invited her to replace Black Eyed Peas background singer Kim Hill. She contributed to making Elephunk a succes and was thus asked to join the band permanently in 2003. In 2006, she started a solo side-career.